The Secret’s Out & the Colonel is Boss 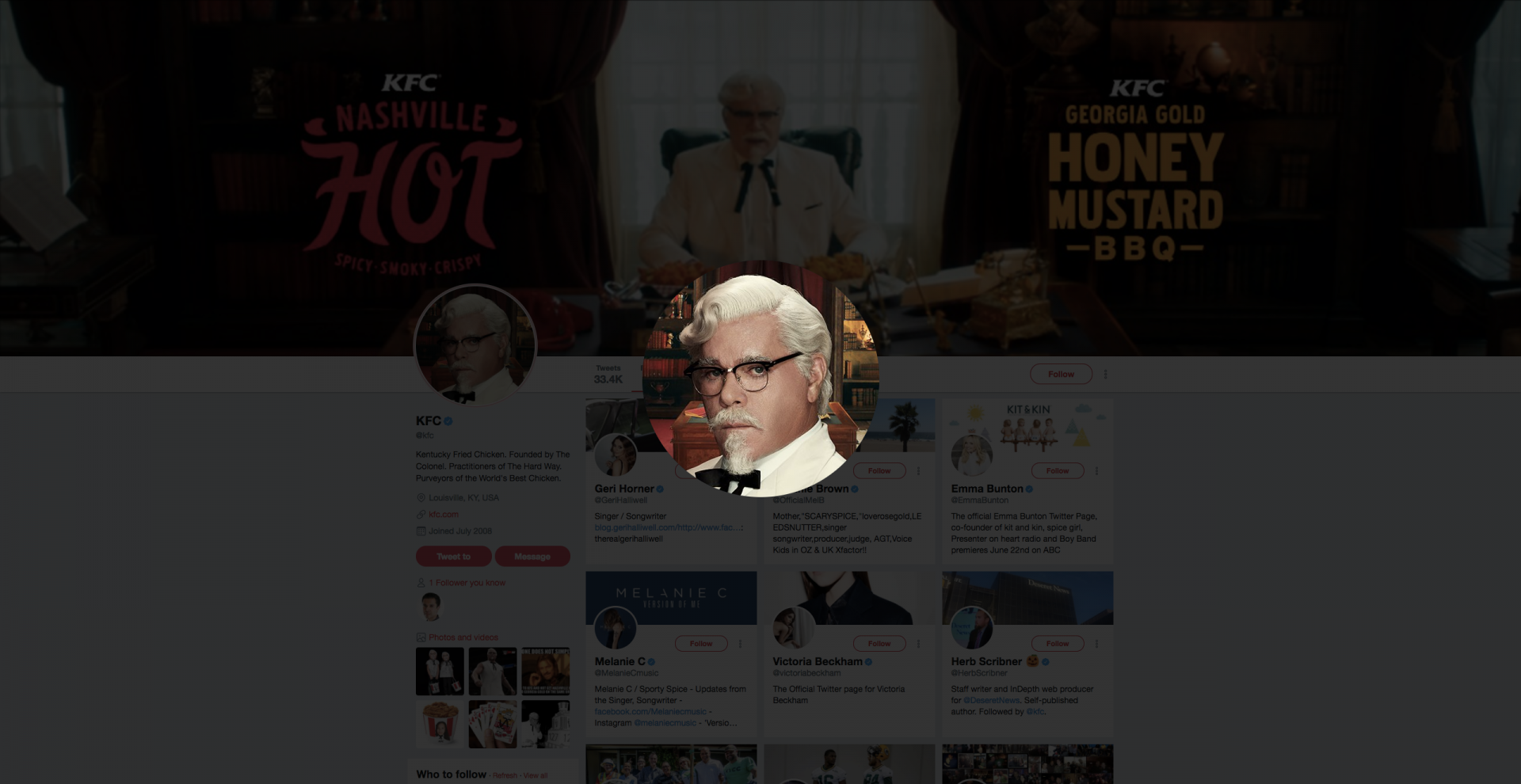 The Secret’s Out & the Colonel is Boss

The Secret’s out & the Colonel is Boss

Back in September, KFC quietly and strategically followed a total of eleven people on their Twitter account: the five Spice Girls and six men named Herb. You guessed it. They hid their secret fried chicken recipe in plain sight, a combination of eleven herbs and spices.

It wasn’t until a week ago that the subtle social media Easter egg was discovered, and the news went viral. Way to go, Colonel. We salute you.

What made the KFC social stunt work? Could it have been even crispier?

The best mystery novels or suspense movies are those with an ending that leaves audiences saying, “I never saw that coming.” KFC didn’t announce their witty stunt to the world, rather they patiently waited for the “recipe” to be discovered organically. Had they pointed it out, the wow factor would have been lost entirely.

…and keep it going! Secrets, surprises and Easter eggs lead to BUZZ. KFC’s coy implementation fueled the surprise factor and added an element of disbelief that encouraged everyone to visit their Twitter profile and talk about the brand. BUT, attention is fleeting and capturing it is even harder. Aside from one witty quip from their digital marketing manager, KFC appears to have overlooked a follow-up strategy once their secret recipe was discovered. They’ve let the chicken go cold.

Most consumers probably took a moment to check out the Twitter excitement. Unfortunately, once users got there, KFC failed to continue telling the story or engage with users. A video of Colonel Sanders cleaning out the secret recipe vault or sneakily trying to conceal the actual Spice Girls and their Herb posse would have continued the buzz and driven longer-term engagement.

KFC’s social stunt was surprising, entertaining and buzz-worthy, but great ideas supported by long-term strategy can make an even bigger impact to help you achieve business goals.

MAKE IT HAPPEN: Why You Should Have a Crisis Plan